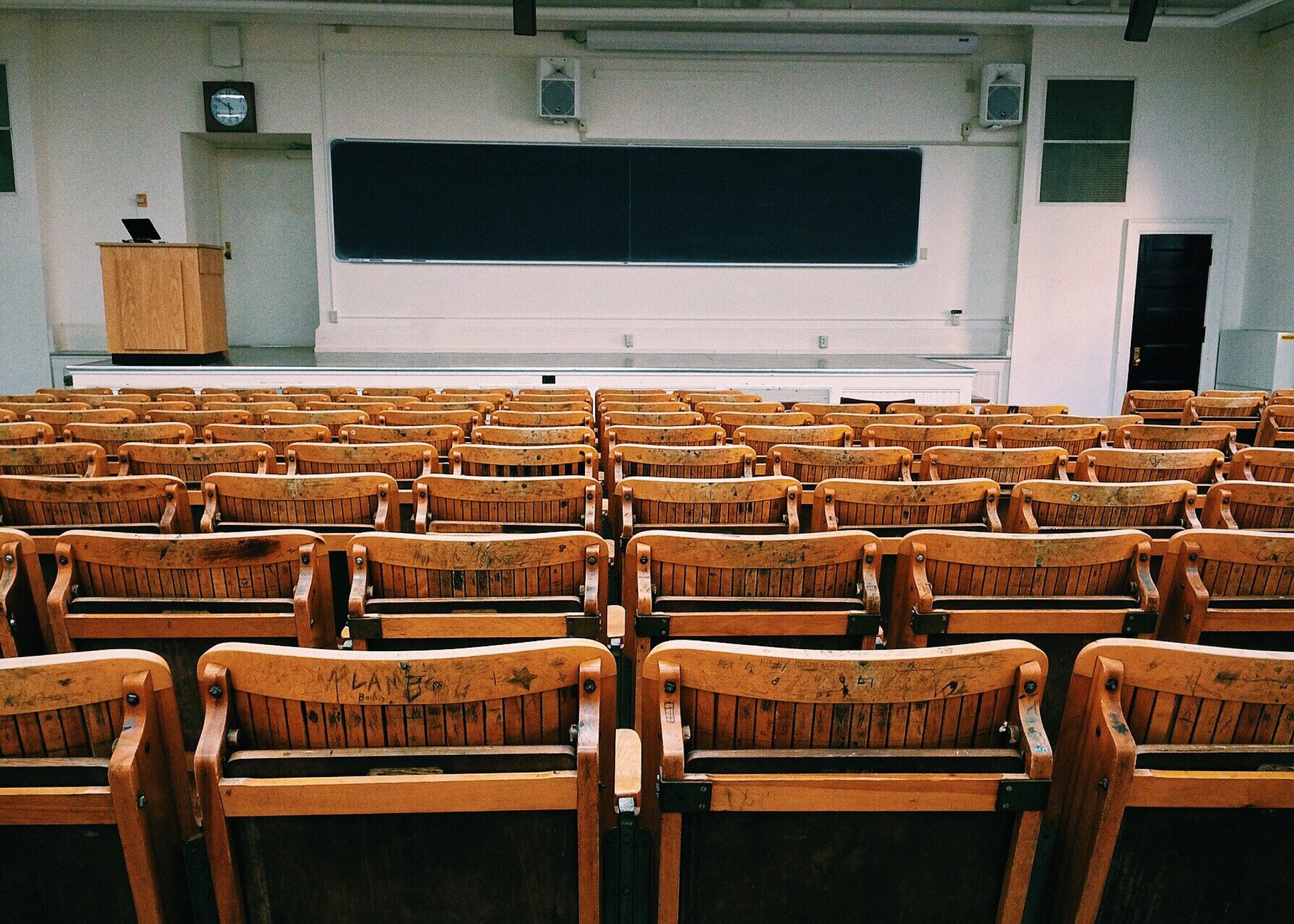 Last week, my colleague Eva Boesenberg from the American Studies Institute and I worked on a letter to send to our university’s leadership. The context, as you know, is the murder of George Floyd by a white American police officer in Minnesota, which unleashed a wave of anti-racist protests around the world. Eva and I wanted our university leadership to take a stand by making a public statement against racism, similarly to other universities. We also invited around ten colleagues and students who are active in the anti-racist movement, many of them racialized minorities, to contribute to this letter. The letter points out the anti-racist protests (in addition to global protests, thousands of people in Berlin protested racism last weekend), refers to racist events in Germany, such as the murders of racialized minorities and immigrants (specific examples are most recently the killing of nine people in shisha bars in Hanau, racial profiling by the police, anti-Asian racism during COVID-19, among others), and concludes with specifically formulated ideas about how our university can take a stance against racism. What we want is a critique of structural racism and an official reaction to the anti-racist protests around the world. A public statement from our university is important to us as colleagues and students who are active in research and activism against racism.

During the co-writing of this letter, we exchanged valuable ideas via email. I am writing this blog article to discuss three of these: (1) The leveraging of women and diversity policies, (2) The lack of systematic data on structural racism at universities (3) The ambiguity between anti-Semitism and racism.

The leveraging of women and diversity policies

My wonderful colleague Regina Römhild from the Institute of European Ethnography, has been a very important scholarly influence in my career.  From Regina, I learned the concept of decolonization, I delved into decolonial spaces, such as the extraordinary art space, SAVVY Contemporary, where she and I held the launch for an e-book we co-edited with Birgit zur Nieden and Anja Schwanhäußer (link to e-book here). Regina has been politically active in the changing of colonial street names in Berlin. Her department used to be located on M*hrenstrasse, which was then changed to Anton Wilhelm Amo Strasse with political protests through civil society groups, Humboldt-Universität zu Berlin’s efforts and Regina’s personal involvement. Having a department of European Ethnography located on this street is a sad truth in and of itself. However, the political protests to change a colonial street name to a pioneering philosopher and legal scholar’s name who paved to way to anti-racist thinking in German context is a success.

While we were co-writing our letter, Regina pointed out a very peculiar fact: Humboldt- University’s equality policies are still about “women’s equality” and only as a subtext is there a discussion about “diversity.” I find the framing of both of these concepts problematic. It is problematic because we are still counting the number of women professors in the university in Berlin 2020. I work at an institute, where 75% of the professors are women, but very few institutes reach this percentage. My colleagues in the social sciences have made an enormous effort to increase the number of women professors in the department over the years. This requires not only installing women professors in decision-making positions, but also a radical change towards gender sensitivity, i.e. in how we use language in our everyday interactions in the university. On a positive note, the Women’s Representative recently published a document on gender sensitive language in the university. And many colleagues and administrative staff have shifted towards a more inclusive language. Along with the recent Berlin regulations, we have staff, who use some of their time for university-based anti-discrimination issues. But it is Berlin 2020, we are still discussing the issues from the 1980s, such as increasing the number of women professors and using gender sensitive language. I am not saying that these are not good developments, they are definitely steps towards equity. I am however saying that none of these developments extend from gender equality to pave way to focus on a related form of inequality, namely anti-racism.

The lack of systematic data on structural racism at universities

Fast forward to the second email discussion during the co-writing process of this letter. My good friend and colleague Naika Foroutan, professor of political science, and the director of the German Center and Migration and Integration Research, rightfully criticized the following quote from our letter – “structural racism is an endemic problem” at university. She asked if we had numbers to prove that, otherwise it would be anecdotal. She mentioned a policy report that she had co-written for a foundation, which had not been published. The reason: There was no statistical evidence that there is systemic structural racism. I can only agree with Naika. Racism research in the universities should be supported, and not merged with gender equality issues or diversity policies. This is unjust towards the specific and contextual problems that students from racialized minorities face at university. Racism research must focus on researching racism as a social critique, it should not merged with diversity policy and not merged with gender equality.

The ambiguity between anti-Semitism and racism

The third and last issue in our email exchange was with a colleague, who did not sign our letter. I appreciate her scholarship on racism, borders, and migration. She and I got into an email discussion about the connection between anti-Semitism and racism. My take on the whole discussion was that the discussions around anti-Semitism in the university should not be subsumed under the discussion of racism. Anti-Semitism has a specific pattern, it involves hatred, massive discrimination, and systematic annihilation of Jews with a strong component of conspiracy theories. Anti-Semitism has a very specific place in German history, and even today, it is treated as such from that specific place. I was pleasantly surprised to see today that my colleague Yasemin Shooman, the academic director of the German Center for Migration and Integration Research, gave an interview in der Spiegel, making similar observations.

I am currently reading the book “Learning from Germans: Confronting Race and the Memory of Evil” by Susan Neiman (Penguin, 2019) (thank you for the suggestion Irit Dekel). It illustrates how much political power and administrative effort is spent in order to establish and maintain Vergangenheitsaufarbeitung [dealing with the past], although it was not always straightforward as discussed in Neiman’s book (for example, see repatriation after the Holocaust took enormous legal efforts, as we know in the long years of legal processes of Wertheim Family or restitution of Sachs posters in the German Historical Museum). Although German reinstutition history is painful, I appreciate the positive suggestions of Neiman to the settler nations, i.e. USA: “Imagine a monument to the Middle Passage or the genocide of Native Americans at the center of the Washington Mall. Suppose you could walk down a New York street and step on a reminder that this building was constructed with slave labor, or that this site was the home of a Native American tribe before it was ethnically cleansed?” (p. 30). It is, however, unclear how much of this Vergangenheitsaufarbeitung can be systematically transferred onto dealing with German colonization and structural racism.

In Berlin, I see positive action. But due to its strong leftist and art scene, Berlin may be an exception in Germany: For example, last month I visited the photo exhibition of Akinbode Akinbiyi in the beautiful and prestigious exhibition hall Martin-Gropius-Bau. Akinbiyi is a Berlin photographer, who took photos on the streets of Nigeria, South Africa and also of Germany, specifically the streets of Berlin. It made me happy to see the Berlin streets through his eyes, some places that we both have been (e.g. the U-Bahn at Kotbusser Tor). Another example is the German Historical Museum: In 2017, there was a huge exhibition: German colonies: The Fragments of Past and Present, with invaluable artifacts of German colonial history, and its extension into present day. And my favorite example: A concert in 2014 by the Idan Raichel Project, a multicultural music project from Israel, combining Ethiopian, Middle Eastern, Latin American and other tunes, which form Israeli society. In the piano concert on the occasion of the Jewish Culture Days in Berlin, Idan Raichel said that he had invited his grandmother to come to Berlin for his concert. His grandmother had left Berlin for Palestine as a young woman, due to the atrocities of the Second World War, and she had never wanted to come back. His grandmother was convinced that no one in Berlin would be interested in listening to Idan’s music: “Who would come to your concert in Berlin?” she said. The concert hall, the Synagogue on Rykestrasse, started to applaud to show how many people appreciated Idan Raichel’s music. That moment gave me goosebumps. Then Idan Raichel said: “My grandmother is here today.” She was listening to Idan in the first row. What constitutes Berlin as a city is the forgiveness and courage of his grandmother to come back to listen to her grandson’s concert in 2014, seventy years after the Second World War. What constitutes Berlin as a city today is the transformative power that artists and musicians bring to this city in order to create a more inclusive society and to position themselves against racism and anti-Semitism. As a university, we should ride this wave and use its transformative power.

So Eva and I sent the letter to the university leadership, which we co-wrote with a small number of professors, students, and activists who are all active in anti-racist protests. Some of us are BiPoC and some are non-PoC, some are well known, and some are not. But we agree that we have to take a stand against racism in the university, following the example of other universities, such as UCLA, the University of Toronto and even our neighbor, the Hertie School. Both Eva and I hope that we will receive a positive response to our letter[1].

[1] Postscript: We have received positive resonance in the university, including the following important starting steps: The Women’s representative invited me and my colleagues to the Diversity Working Group to discuss what can be done in the university against racism; the social media department of the university, especially Laura Benjamin started a website and uploaded interviews with BiPoC and postmigrant scholars, which was prominently featured in the main website of our university. I reached out the Freie-Universität zu Berlin in order to start a discussion group on how further strategize beyond our own little hubs.