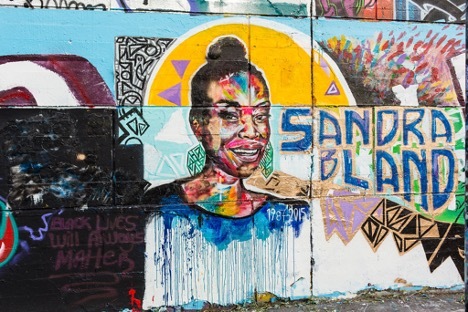 The year 2020 has been a difficult one and has undeniably had an impact on our lives and on how we move around in public space. Significantly, however, the worldwide spread of COVID-19 has shed light on important questions around the concept of universal humanity; questions that have been in the room for a long time and the urgency of which has been amplified during the global pandemic: On the one hand, there is, for instance, a disproportionate and continually rising number of Covid-19 cases among Black and Brown US-Americans, the latest surge of state sanctioned violence against Black bodies in the US, the devastating effects of the Covid-19 pandemic in India, Brazil, and a large number of African countries, the humanitarian crisis that has unfolded at Camp Mória in Greece, the fact that over 500 refugees have lost their lives crossing the Mediterranean in 2020, as well as the way in which saving those Black and Brown bodies from drowning became a contested political matter. On the other hand, however, there is increased opposition, outrage, and activism against those circumstances.

These recent displays of racialized violence combined with the latest surge of resistance to such violence has created a field of tension within which conversations about race and racism are currently taking place. The Covid-19 pandemic fuels and necessitates those conversations and highlights the social imbalance when it comes to Black and Brown people’s quality of life. Systemic exclusion at the intersections of race, gender, sexuality, class, and (dis-)ability, and the resulting lack of access to basic physical and psychological care are issues that mark the current political moment. In Black diasporic contexts, state sanctioned violence has been a key topic in Black cultural productions. Numerous authors, artists, and scholars have explored the connection between the transatlantic slave trade, Black genocide, and anti-Black racism in the present.

In my current research, in which I focus on the US-American context, I explore how emotional expression, and more specifically expressions of rage and anger are circumscribed by social hierarchies. Centering a Black feminist perspective, I draw on bell hooks, Audre Lorde, Bettina Judd, Brittney Cooper, Alys Eve Weinbaum, and Claudia Tate among others, who have identified anger at racialized oppression and the continuous experience of inequality as a major component of Black people’s interiority: whether openly expressed, repressed, internalized, transformed or otherwise navigated, anger and rage can be seen as affective responses that call attention to the experience of injustice and unequal treatment. In other words, I understand Black anger as an affective reaction that exhibits the emotional imprint of an ongoing history of racialized violence and trauma. Representations of Black anger – both as a site for analysis, as well as an analytical tool – capture the paradox between “the unthinkability of Black feeling within the onto-epistemological framework that structures civil society” (Palmer, “Black Affect”, 2017: 32). They also depict the ways in which Black anger is often seen as unjustified, pathological and destructive, and therefore repressed. At the same time, if we look at the ways in which this anger is contained and curtailed and kept from being expressed, it uncovers the fact that Black anger is perceived as dangerous to the status quo of white mainstream society, and that it is rooted in knowledge, a different kind of truth, creative potential, and an overall capacity to effect fundamental systemic change. As Audre Lorde reminds us: “Anger is loaded with information and energy” (“The Uses of Anger”).

A quite trenchant example for how exerting emotional control is part of racist oppression is the way in which white opponents responded to the formation of the #BlackLivesMatter movement in the wake of Trayvon Martin’s violent death in 2012. In “An Exoneration of Black Rage” (2017), Debra Thompson notes, that

both BLM protests and the movement itself have been labeled by white society as irrational, dangerous, and inappropriate, in part because protesters have refused to hide their anger at the systemic racism of the criminal justice system and beyond. By asking hard questions of would-be allies, BLM, in its radicalism, is constructed as an obstacle to the task of gaining white empathy and ineffectual in replicating the moral authority of the civil rights movement. (2017: 459)

Thompson points out the incongruity between Black people expressing anger in the face of state sanctioned violence and the way in which such expressions of righteous anger are perceived as inappropriate by white society. In other words, in a move that almost seems deliberate, white fears keep taking center stage while Black Americans and their allies try to raise awareness to the gross injustices Black people in the US continue to confront. Thompson concludes, that “liberal democracy’s failure to understand black rage as a legitimate response to white supremacy reveals the limits of the liberal imagination as a means of challenging America’s white democracy” (2017: 460). Secondly, Thompson raises the issue of allyship and its relation to the feeling of empathy. We can ask:  How do we put our empathy to use in the fight for social justice? Are we still able to empathize once we recognize that we are part of the problem? And are we still willing to listen beyond that point?

Lastly, Thompson raises awareness to the double bind of race and gender, that circumscribes Black expressions of rage and anger. Femininity, Blackness and anger form a thematic triad that has given rise to one of the most grotesque and pervasive stereotypes, the “angry Black woman”, that controls Black women’s participation in society. For example, the reactions to the case of Sandra Bland, a Black American woman who died in police custody after being unlawfully arrested, were steeped in such rhetoric. As Bettina Judd so brilliantly points out, the way in which Black women’s interior lives are disfigured, molded and disallowed by such stereotypes, gives an indication of the minimal value that their lives, bodies, thoughts, and knowledges have within predominantly white heteropatriarchal societies (cf. Judd, “Sapphire as Praxis”, 2019).

Bildnachweis: „Sandra Bland mural“ by coffeego is licensed with CC BY-NC 2.0. To view a copy of this license, visit https://creativecommons.org/licenses/by-nc/2.0/

Anne Potjans teaches American literature and culture at the department of English and American Studies at the Humboldt-Universität zu Berlin, where she also works on her PhD project with the working title “‘Why Are You So Angry?’ − The Uses of Rage and Abjection in Black Feminist Literature” (working title). Furthermore, she has done extensive research on diasporic connections between African American and Black German Feminist literature in the post-WW II era. In 2019 Potjans taught a class entitled “Distant Connections: Black Political Consciousness in Germany and the United States at the University of Washington. Her research interests are in Black Studies, Critical Race Theory, Gender Studies, Queer Theory, Queer of Color Critique, and Disability Studies.